100 thanks (Active member of the community)
Christian clothing 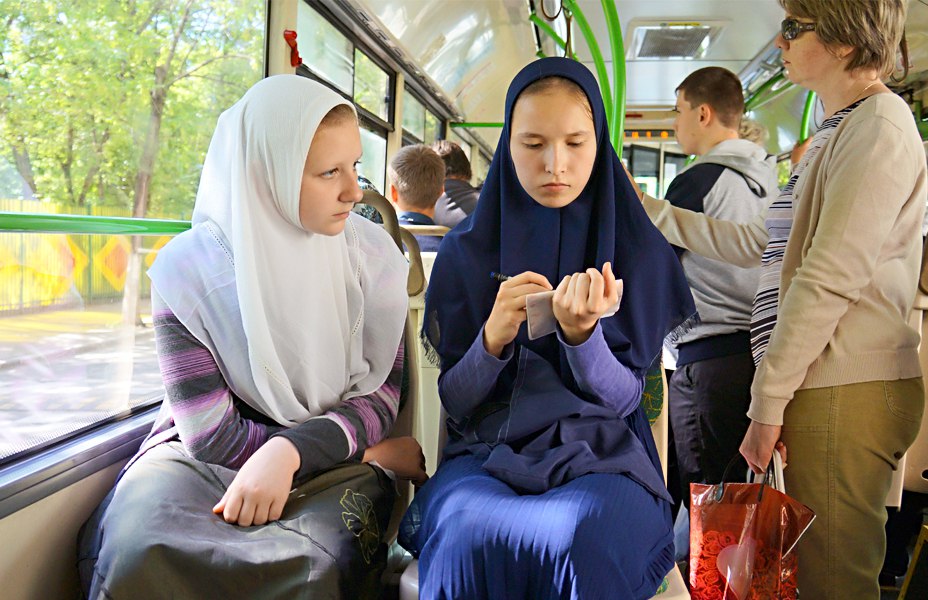 The question of proper Christian dress has deep literary roots. Many of the apostolic and holy fathers, commenting on the garb befitting a Christian, have assigned this seemingly private issue public significance. According to the 81st Canon of the Sixth Ecumenical Council, if one dons unseemly robes or dresses contrary to custom, one is to be anathematized.

Today, this definition of appropriate dress seems somewhat vague. Some zealots urge old-believers to wear homespun caftans, sarafans and the like, not only for worship, but to the office, market & c. Yet, more often, one comes across the opposite position — the wearing of fashionable clothes everywhere. This divergence of opinion is the reason we must read attentively the words of the prophet: “Hold thy peace at the presence of the Lord GOD: for the day of the LORD is at hand: for the LORD hath prepared a sacrifice, he hath bid his guests. 1:8 And it shall come to pass in the day of the LORD's sacrifice, that I will punish the princes, and the king's children and all such as are clothed with strange apparel.” (Zephaniah, Chap. 1).

So, what dress did the holy fathers consider inappropriate? Saint Ephraim the Syrian, in word 82, teaches not to don flamboyant raiment, but to dress modestly. For we need only a convenient cover, not a variety of hues. “The point is, that we need but a cover for our flesh,” according to the Pandects of Nikon of the Black Mountain, word 37. Everyone must wear clothes appropriate to one's rank and gender, maintains this encyclopedia of patristic lore. The Council of Gangra, in its 11th Canon, bids to interdict a woman for putting on man's robes, even if motivated by humility and self-restraint, but does not prohibit bright clothes.

One must avoid luxury and splendor, for not to offend the weak-spirited brethren, says another authority, as some make great expenditures in pursuit of luxurious clothes. St. Kirill of Alexandria states that multicolored duds camouflage the godly appearance of man. This holds for the clergy as well. The Pandects, in word 37, state: if a bishop or clergyman wears fair and craftily wrought dress, he needs be corrected; if he does not submit, he is to be interdicted and expelled. The Penitentiary, on page 602, in instructing a newly stationed priest, states that he must wear ankle-length dress, unadorned, not secular in style. Women are prohibited from showing their shoulders, bosom... St. Demetrius, Metropolite of Serbia, calls this (in chapter 39), a Latin custom and, therefore, heretical.

Old-believers have always taken clothing seriously, especially prayer clothes. In old-believer churches, one may come across men wearing caftans and boots. Under their caftans, many men wear a loose shirt, girdled with an ornamented belt, bearing inscription. Women, especially those who sing in the choir, wear sarafans, and kerchiefs safely pinned under the chin (or tied in a knot, as do some Cossack women, which is acceptable). The color of the kerchief depends on the holiday. On Easter, many wear red, whereas on Trinity Sunday, many women don green kerchiefs. Old-believers who do not have such garments wear decent becoming dress, showing neither shoulders nor arms.

Old-believer men avoid wearing a tie, as an example of “foreign” dress.

There are not many written instructions regarding the specifics of Christian dress. Only the Penitentiary, among the printed canonical books, places special emphasis on appearance. It states that it is impious for a woman to make the sign of a cross if she wears only a shirt, unless she is going to bed, waking up, or in a bathhouse. The Consecrated Councils of 1905 and 1913 issued exhortations to Christians, allowing them to dress according to native custom, provided the dress be decent, modest and appropriate for the house of God.

It is important to mention another item of clothing, the belt, to which Christians had always attached symbolic significance. Apostle Paul says, “Stand firm therefore, having girded your loins with truth and having put on the breastplate of righteousness” (Ephesians, 6:14). When baptized, one puts on a cross, a clean shirt and a belt; this latter item is never discarded. Men wear a belt over their shirts, women — under the dress.

Basil the Great says that the necessity of wearing a belt is demonstrated by the early saints: “And the same John had his raiment of camel's hair, and a leathern girdle about his loins…” (Matthew, 3:4) and Elijah was “…girt with a girdle of leather about his loins” (2 Kings, 1:8). Apostle Peter had worn a belt. “Gird thyself, and bind on thy sandals,” the angel spoke to him. (Acts, 12:8). It continues, “So shall the Jews at Jerusalem bind the man that owneth this girdle, and shall deliver him into the hands of the Gentiles.” (Act, 21:11). God ordered Job to gird his loins, as a token of bravery and readiness for the ordeal: “Gird up now thy loins like a man” (Job, 38:3).

Our Savior used the belt as a symbol of ministration, which God demands from His true followers: “Let your loins be girded about, and your lights burning” (Luke 12:35). The girded lead an active life, for such are the robes of workers, say the holy fathers. The phrase, “let your loins be girded,” means, may you always be ready to accomplish the deeds of your Master, elaborates Theophilakt the Bulgarian.

Thus, the belt symbolizes chastity, modesty and self-restraint, together with the readiness and ability to act, that is, to battle sin.