106 thanks (Active member of the community)
Russia’s Church, from her christening in 988, to the mid-17th century 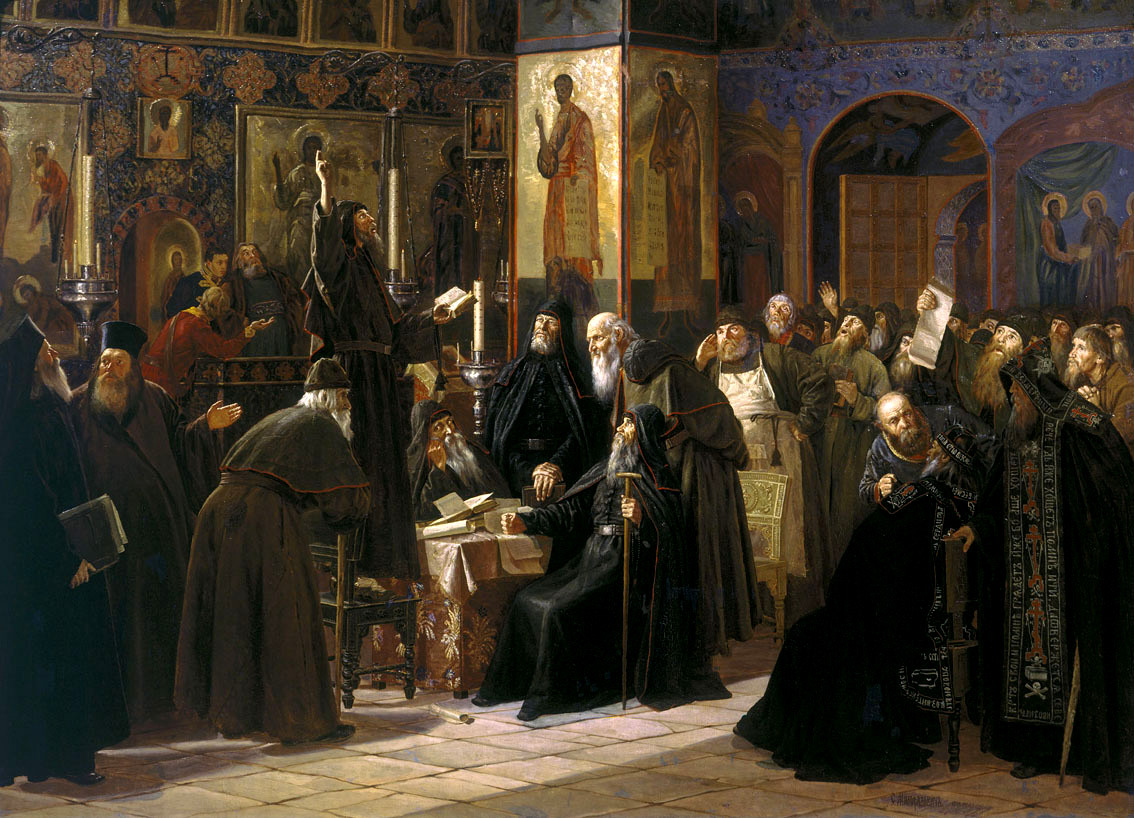 The baptism of Rus in 988, in the reign of Grand Duke Vladimir, was a most important event in Russia’s history. Since Vladimir’s reign, for over 600 years the Church in Russia grew and thrived, persisting in unity and peace.

At first, Russia’s church was governed from Kiev, headed by a Metropolite. The first Metropolites in Russia were Greeks sent from Constantinople by the Byzantine Patriarchs. Subsequently, Russian Metropolites were chosen by Russian church councils, but still had to go to Constantinople to receive confirmation from the Greek Patriarch. The Metropolites of Kiev, in turn, appointed bishops to the most important cities.

After Kiev was razed by the Tatar Khan Batiy, in 1240, the Metropolitical see was moved to Vladimir; later, at the time of the holy Metropolite Peter, the cathedra of the Metropolite was established in Moscow.

In 1439, the Florentine Council was called to unite the Western and Eastern Churches. The Byzantine Emperor and Patriarch supported this undertaking, hoping to enlist the Pope's support against the Turks, who were penetrating the Empire ever the more. At the Florentine Council, the Union of Florence was proclaimed, according to which the Pope was declared head of the united Catholic and Orthodox Church, while the Orthodox (Eastern) Church was to accept the Catholic doctrines. It could keep only the liturgical rites.

Isidore, the Metropolite of Moscow, also arrived at this council. He was a Greek sent to Rus by the Patriarch of Constantinople. Isidore supported the Union openly and, when he returned to Moscow, a council of Russian bishops declared his actions unacceptable and he was divested of his station as Russia’s primate. In his place, the council elected Iona, the archbishop of Ryazan, as the head of Russia’s Church. Iona was invested as Metropolite in 1448, unconfirmed by the Constantinople Patriarch. Thus, the Church in Russia became independent from that of the Greeks.

At the time of Metropolite Iona, the church of South-Western Russia was separated from that of the north-east, as the Lithuanian princes, who ruled over the former lands, were displeased with the dependence of their priesthood and laity on the Metropolite of Moscow. They established a special Metropolitical seat in their realm. This Metropolite of Kiev was, as before, appointed by the Patriarch of Constantinople (now overrun by the Turks). Thus, the two Russian Metropolitical sees were established: one tended North-Eastern Rus, the other, the south-western dukedoms. The south-west was soon influenced by Roman Catholicism, while the Russian Orthodox Church, with its centre in Moscow, the Church of a strong, independent, thriving state, kept the purity of Orthodoxy.

In 1453, Constantinople was conquered by the Turks and the whole Byzantine Empire was now under their power. Muscovites deemed the Turkish victory a divine penalty inflicted on the Empire for her betrayal of Orthodoxy and union with the Catholic Pope.

In 1551, in the reign of Tsar Ioann Vasilievich (the Terrible) the famous Stoglav Council was called in Moscow. (It was clept, the Hundred Chapter Council, because the collection of its acts consists of a hundred chapters.) This council safeguarded the Old-Byzantine religious rites kept in Russia from new influences. The council proscribed severe ecclesiastical penalties on those who dared break the rules of the holy apostles, by adulterating or rejecting the old rites and practices of the Church.

In 1589, during the reign of Tsar Theodore Ivanovich, one of the Eastern Patriarchs, Jeremiah, came to Moscow. The Russian Church took advantage of his stay to establish the Russian Patriarchate. So in that same year, Iov (Job), the Metropolite of Moscow, was consecrated as Patriarch of All Russia. Patriarch Jeremiah told Tsar Theodore that, “ancient Rome had fallen from heresy, the second Rome, Constantinople, was captured by the descendants of Hagar, the Turks, but your Great Russian dominion, the third Rome, surpasses all in piety.” (Kluchevski, V.O., A Russian History Course, Moscow, 1957. part 3, page 293)

But at the very time when Russia’s Church most flourished and prospered, there appeared a schism that divided the Russian people. This rueful event happened during the reign of Tsar Alexey Mikhailovich and in the patriarchate of Nikon, in the second half of the 17th century.